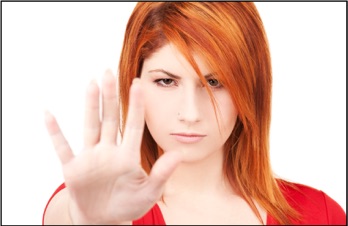 [This article was adopted from a previously published blog for FutureShapers.com in August 2013 – JR]

When we humans come together and organize ourselves for some purpose, we tend to agree about the context or mental framework for that purpose. While in the best cases this agreement is explicit and conscious, agreement is often implicit and less-than fully conscious. In the latter cases, people may start protecting the underlying beliefs and assumptions they share whenever these beliefs and assumptions get questioned or challenged. Thus, a “culture” starts developing somewhat insidiously and “groupthink” creeps in. The cherished beliefs of the culture may be in complete contrast with the beliefs of the community outside of that culture or even with the actual facts.

You see this in certain religions, areas of academe, and companies as well as some industries. As an example, people in the arms manufacturing industry might share a belief that making weaponry is a good thing since it protects people from criminals, terrorists or aggressive nations. In contrast, many citizens may feel these people are warmongers, profiteering from the death and mayhem caused by weaponry and violence. Those inside the industry – who might otherwise agree with outsiders if they were not inside – may think the way they do in order to rationalize their activity within it and to maintain their own self-images as protectors.

Many industries and organizations rationalize their work in this way. Who can forget the television image of the 1994 Congressional hearings in Washington where CEOs of the major U.S. tobacco companies each parroted complete denial of any knowledge of a link between smoking and cancer? To them, what they were saying made complete sense. To most of us watching, it would have been comedic if it were not so tragic.

In an obscene example of this kind of mass denial, the German officers who were tried at the Nuremburg Trials after WW II were not able to comprehend why they were found guilty when all they were doing was “following orders” like good Nazi soldiers. They did not appear to feel remorse, only confusion.

Whether these cultures develop within organizations, industries, communities or even families, they act consistently with laws of system dynamics. Social systems tend to suppress anything perceived as a threat. The more dysfunctional the system, the more likely the distortion of truth and “dark” the defensive behavior becomes, sometimes including illegal activity.

When I speak about social systems I mean any collection of people and traditions that have an accepted pattern of behavior. When I talk about a dysfunctional or unhealthy social system, I mean one where denial, covert behavior, and perhaps even lying, are commonplace and the system’s original intent and focus has been subjugated by the need to survive at all costs. A system can also be a community, nation, political party or social movement.

We see this dysfunction in the oil industry, where preserving the industry is even more important than nationalism or patriotism. We also see it the automobile and drug industries. Like the early American pioneers who circled their wagons to defend themselves from attacking Indians, present day captains of industry “circle their wagons” whenever it appears something may threaten the status quo for that particular industry. It is now commonplace to see competitors join together to fight legislation, discredit critics, lobby for special treatment and wage massive media campaigns.

When someone dares to question these dysfunctional cultures, they are branded a troublemaker, a radical or, more politely, a “whistleblower” and are often ejected from the system or ostracized in some way so the system remains stable. We’ve seen this in the defense industry and many other high-profile corporate scandals such as Enron, Arthur Anderson, Tyco, etc.

One way you can tell is when certain questions don’t get asked. When the culture cannot tolerate deep questioning of why it exists and what it is doing, it has become dysfunctional. Another way to recognize dysfunction it is to notice co-dependent behavior, where members blur the boundaries between who they are and what is expected of them as loyal members of the system (like workers who strive to appear very busy and work long hours if their culture values “busyness” and hours spent at work over true productivity).

Systems bent on survival at all costs, demanding loyalty to their dysfunction and conformity to their denial, will not allow themselves to be challenged or questioned, at least not in any real depth. Certain questions are forbidden, perhaps not explicitly but certainly implicitly. Truth is avoided in order to protect the myth. A “conspiracy of silence” prevails in the culture.

What are some examples of questions that might reveal some dysfunctionality? Here are a few to be considered:

Asking forbidden questions flushes out the darkness in unhealthy social systems, whether they are governmental, commercial, industrial, public or private sector. Doesn’t it make good sense to see what is unhealthy so it can be addressed and our workplaces can become healthier? Asking forbidden questions allows people who recognize dysfunction to make a choice: they can continue the charade and become willing co-conspirators in the dysfunction, helping to perpetuate the myth, or they can intervene and help restore their organizations to vitality and good health.

Obviously, there are many variations of the kinds of questions that would reveal whether or not any one social system has become or is becoming dysfunctional. There are also questions each person in the system can ask themselves. Questions like “What keeps me from posing these kinds of questions to my team or organization?” or “What is my reaction when someone asks a question about the way I am doing things?” See if you might recognize some small piece of the dysfunction in the way you respond to these questions. See if this inquiry reveals any dysfunction you might have fallen into. It most often happens below our awareness. It happens insidiously so it rarely acknowledged until one does this sort of inquisition or probing.

Learning to Live as a Liminal Cell

Responsibility: What’s It Mean? And to Whom?
Scroll to top