Blog
You are here: Home / Blog / Featured / What Would Grandpa Think?

In a rare departure from my usual probing of our beliefs and the assumptions that underlie them, and challenging the status quo, I’ve been moved to write a short nostalgic piece, reminding us of the major changes that we have seen in the past couple of generations. 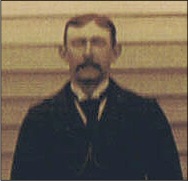 I wonder how my grandfather would have responded to things today. Grandpa was a farmer and farmed all his life until he retired, then he leased his farm to others. In his time, most people chose a career and stuck with it for life. One of his brothers was a merchant, another a banker, and both retired, as he did, after doing the same thing all their lives.

Whenever he had extra money, he invested in stocks. He owned them, held them for a long time and received dividends. He didn’t trade them or speculate – what has become known today as “investing.”

In his day, people in the hospitality business owned hotels, motor inns, or rooming houses. Taxi companies owned their cabs. Retailers had inventory which was vital part of their accounting. The big media companies – newspapers, radio, and eventually television – provided plenty of content and “news” was distinct from “opinion” which was always loudly proclaimed so listeners, readers and viewers would be clear of the distinctions.

What would Grandpa say about the confusion of news and opinion today?

What would he think about Uber, the world’s largest taxi company that owns no vehicles? Or Airbnb, the world’s largest accommodation provider which owns no buildings? Or the most popular media company – Facebook – which provides no content? Or the world’s most valuable retailer – Alibaba – which has no inventory?

I know I am sometimes confused and dizzied by it all and I am two generations younger than Grandpa! I wonder if we appreciate all the changes we have experienced and continue to go through, regardless of our generation. I wonder at millennials who seem to take it all in stride, like “the way things are” or are they confused and dizzied at a less-than-conscious level?

While we may not be able to control the inventions and technologies that are yet to come, we can control our response to them. We can meet them with mastery, like being very discerning at a tempting array of food in a cruise ship buffet, or we can less-discriminately grab at everything that tempts us leading to a far-less-healthy outcome.

We are not the victims of technology and the pace of life unless we choose to be. We must pay attention to how we respond. I think Grandpa would have agreed with this.