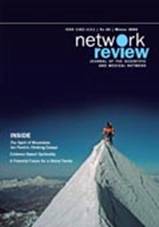 A book review by David Lorimer

THE GREAT GROWING UP

John Renesch has extensive experience in business and as a futurist, writer and editor. This his 14th book, in which he brings together an integrated understanding of our collective situation and shows how we can move forward to a more responsible society. He shares both the bad news of our closing window of opportunity and the good news of our potential in addressing and transforming our dysfunctional systems in economics, governance, health care, security and education, among others. To many, the situation may seem overwhelming but each of us is responsible for becoming an engaged optimist rather than a resigned pessimist. The founders of the United States were not short of visionary idealism, and we now need to rediscover this same enlightenment spirit of daring and vision. John echoes many of the thoughts of Buckminster Fuller from the 1970s and Willis Harman from the 1990s where they saw the possibility of creating the good society in which they believed. As he demonstrates, this now has to be a conscious process – conscious evolution and conscious leadership based on the insight that consciousness and thought are causal.

Our present reality is based on a number of personal assumptions, which John questions. The reader realises that he shares a number of these, and that they can be dispensed with. In fact, they are signs of dysfunctional thinking and correspondingly dysfunctional societies, as reflected in such factors as the widening wealth gap, the failing war on drugs and cancer, the predominance of economism and, most importantly, a culture of fear, mistrust and separation. He sees complacency and compliance as complicity, calling for massive self- reflection based on an understanding of the power of consciousness. As the Belgian economist Bernard Lietaer observes, we now have to deal with the unprecedented convergence of financial instability, climate change, unemployment and the financial consequences of an ageing society. John draws up a comprehensive list of behaviour patterns that we need to grow out of and analyses a number of different forms of fundamentalism and addiction.

We now need to choose transformation, embracing what John calls the Great Dream of shifting the context of our thinking from separation to unity. The next three chapters discuss different kinds of forces for transformation. The first consists of ultimately unsustainable attitudes such as fatalism, lack of respect, blame, objectifying others, ‘opinionism’ and alienation along with the rise in terrorism, environmental degradation, uncontrolled population growth, consumerism, and growing numbers of old people, all of which push us further towards crisis. The second category of external attractors gives us resources to respond to these challenges including a recognition of human rights, the spirituality movement, systems thinking, value shifts, and especially the development of alternative monetary and financial systems. The third category is internal attractors or inspirations such as transformative learning, a growth in collective wisdom, the green and women’s movements and the perceived rise of interdependence. John lists some key movements, discoveries and developments from the 18th century on, and the reader realises how many have occurred in the last 50 years. There are significant gaps during the 19th century, but the overall trajectory is clear.

The next step is to establish a new legitimacy corresponding to a new phase of conscious evolution. Here again he produces a very useful list of existing and new legitimacies, including on the new side that war is unacceptable, that masculine and feminine work in partnership, long-term sustainability, trust, reconciliation and forgiveness. The new legitimacy requires us as individuals to take a stand, realising our personal possibilities of making a contribution and committing to it. We have many inspiring examples to draw on. We have the resources, so it is now up to us to come forward with courage in our particular area of work to embody an aspect of the Great Dream. I found the vision of Kazuo Inamori of a service oriented society inspiring as well as his confidence that we could manifest it. John gives a checklist of things to do and ways to be and guidelines for conscious leadership. The book as a whole sets out the overall challenge to humanity of achieving a world of peace, with everyone’s basic needs met and freedom for people to pursue their dreams.

This is the inspired thinking of the creative minority, of what Paul Ray calls the cultural creatives. It is a path towards greater freedom, while the New World Order aims at removing this freedom through manipulation, surveillance and control. This is fundamentally antidemocratic, but does not remove the obligation of conscious people to move in the direction suggested by this highly informed book. It is not only a vision of hope, but a practical guide to creating a viable future.