Blog
You are here: Home / Blog / Featured / Finding Spiritual Courage: Risking the Unfamiliar to Have the Future We...

In life we have seen dramatic rescues and individual acts of heroism, people risking physical harm or even their lives in the face of terrible threats.

Courage is required when there is fear of harmful consequences that are likely to result from one’s actions. Risking one’s personal safety for the welfare of the platoon in wartime or jumping into ice cold water to save a drowning flight attendant are definitely courageous acts with real physical danger.

The world will always require people to put themselves at physical risk for the sake of their fellow citizens, like firefighters and police officers. Another kind of courage is being called for in these times of exponential rates of change and the enormous impact which technology adds to the changes we experience. This kind of courage is not necessarily physical, although it could have longer-term physical implications. The kind of courage we are presently lacking is to risk embarrassment, losing social status or peer disapproval.

Thoreau said it long ago: “Dissent without action is consent.” Like the teenager who hesitates to go against the group even though he or she knows they are doing something wrong, or members of a mob who get caught up in mass hysteria and turn their backs on normal civilized constraints, too many of us are simply “going along” with the crowd. Not enough of us are questioning the wisdom of our silent condoning, the legitimacy we are lending to the way things are going.

Breaking the silence, ending the “going along,” requires spiritual courage, the courage to stand tall for your conscience, your sense of right and wrong, the wisdom you may possess that others appear to be lacking. This kind of courage allows one to risk the unfamiliar, the unknown and the untried when there’s an implied promise of a better future for others once the stand is taken.

Systems remain dysfunctional because the people in them refuse to challenge the status quo, refuse to take the risk, preferring the familiar even if it is uncomfortable or painful. The dysfunction is maintained because people prefer the known and familiar to the unknown or unfamiliar, even when it holds promise for a better alternative! This is crazy! It shows how attached we can become to the familiar, the known, the reality in which we’ve learned to survive. 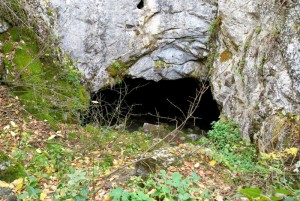 Let us be like those adventurous spelunkers who lower themselves into crevices in the Earth without knowing what awaits them. It certainly starts with darkness and the unknown. It could lead to a dead end. It might lead to an underground cave and river (after all, someone had to find all those caverns around the world!). It could also lead to becoming a bear’s bunkmate. I have never done spelunking but I suspect the big allure that balances the risk/reward teeter-totter is the thrill of discovery. But we don’t discover things unless we go forward despite the unknown, the risk, the mystery of what lies ahead. We cannot change others, but we can change ourselves.

You’ve heard it said that people hate to change. This is a very commonly-held belief. Yet we persist in trying to change others – whether it is our spouses, a relative, partners or co-workers. Eventually, wiser more mature people learn the only person they can change is themselves. Wiser souls focus inward. They work to change their own beliefs, to think and act differently, thereby changing the systems in which they work and live. When they change, their systems change.

This commitment to change oneself, to think and act differently, requires a rare brand of mature courage that is sorely needed today. Technology has accelerated both the speed at which change is occurring as well as the degree of impact these changes have on the world. We no longer live in a cause-effect world where we can remain isolated in our actions and misdeeds, only affecting a few people around us. We have made our world into a massive array of complex and interacting systems, adding our own complexity to what Mother Nature had already given us.

There are no simple solutions to society’s challenges any more. Those days are past. Like Einstein told us a century ago, our consciousness must evolve to match the complexity of our world. The way we think has to grow exponentially to keep pace with what we think about. Pairing outmoded thinking with exponentially increasing technology eventually leads to disaster. Like the toaster repairman trying to repair a satellite in outer space, or a child driving 300 mph racing cars or a cook overseeing nuclear reactors, we’re over our heads and lagging far behind in our abilities to resolve our incredibly complex challenges.

Perhaps it is time to take a stand for our evolving humanity, like the Roman slave Spartacus, and declare that we are more than machines, more than “naked apes” and more than digitized humanoids. Let us openly embrace our human spirit and allow ourselves to transcend the conditions we have created rather than remain subject to them, to claim mastery over the systems we’ve created rather than remaining slaves to them. Like Spartacus, let us emancipate ourselves and proclaim our full humanity.

Einstein also told us that we are still an infantile society. We human beings are hardly fully-evolved. Let us call for more spiritual courage, an increased willingness to break out of our skin of familiarity or the petty limitations of what we expect from our present state of consciousness and allow ourselves to dream bigger about how we think, what we do and what we expect for our future. Let us break out of the mold of guesswork or prediction about how things may be in the future and, instead, take a wiser, more mature stand for what we really want. Then, let us do everything in our power to bring about that future.

The Power of Pause

Making the Possibility Real: What Will Motivate Global Transformation?
Scroll to top