Blog
You are here: Home / Blog / Featured / The Power of Pause

In July I wrote about rebooting ourselves and the value of self-reflection (click here). A few weeks later, in late August, I was part of a cohort taking the Art of Convening Tele-seminar which is offered by Craig and Patricia Neal of the Heartland Circle. As a transition between two segments of the two-hour call, my business partner Tom Eddington offered a meditation. At the end of the meditation, Craig said, “Ah, the power of pause.” 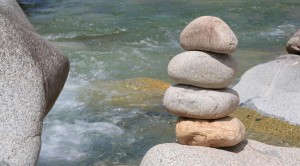 The phrase stuck with me and the recent article on rebooting ourselves came to mind.

While taking personal time, being on retreat and other forms of “rebooting” ourselves is good for a healthy ego and can nourish the soul, I failed to address the power of a pause in my July post. Being silent, pausing for a minute or two, is very powerful. It refuels the spirit and develops more psychic muscle.

Another place I notice the power of pause is in a meeting I attend fairly regularly which opens with The Serenity Prayer. The leader says, “We’ll open with a moment of silence followed by The Serenity Prayer.” Some leaders wait one or two seconds before starting the Prayer but more and more of us are defining a “moment” as 40 to 60 seconds which makes a huge difference in the way we engage one another for the next hour. As a group we are becoming more and more comfortable taking the time to center ourselves and settle into what we think of as “sacred space.”

Pause is not only powerful for the mind and the spirit. It is also a powerful ally for the body. I recently read about high-intensity, low-frequency exercise where research* shows that a few minutes of intense muscle exertion can be very effective in building muscle mass, losing fat, improving metabolism, restoring atrophied muscle tissue in seniors, and other benefits for healthy living. HOWEVER, a key factor for this to work is to allow time for the intensely-exercised muscles to heal and recover for – now get this – seven to ten days before doing the exercises again! That’s right. Research has shown that there is no added benefit from exercising more frequently AND it could lead to injury, despite the flawed rationale that “more should be better.” Allowing the time for the muscles to fully recover results in increased mass and, therefore, more calories burned each day even without exercise. This puts the “power of pause” into a very practical context.

Finding Spiritual Courage: Risking the Unfamiliar to Have the Future We Wa...
Scroll to top