Albert Einstein said it well: “Nationalism is an infantile disease.” Nationalism is simply a more formalized form of tribalism and they are both forms of “special interests” – the enemy of the common good. 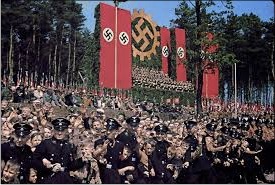 Special interests are playing a zero-sum game where fear of losing out and grabbing all they can overshadows the well-being of the whole, of everyone. For me to win, you have to lose.

One of the ways we can grow up as a species is for us to adopt a new standard for human life, a new “standard of living” that applies to all human beings. This attitude change requires a shift from zero sum – what some might call a “finite game” – to a non-zero sum game or what historian James Carse* calls an “infinite game.” 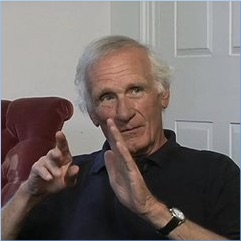 Using Carse’s distinction, nationalism is a finite game, like soccer or football; it is about winning so there needs to be a loser. Life, however, is an infinite game – “continuing the play.” With infinite games, there are no definite rules or boundaries. Timeframes don’t matter. Everyone plays. The roles change according to the need to keep the game in play. A family can be either one, but ideally an infinite game.

An important distinction: finite games can exist within a infinite game context. An example of this is a soccer team that might play a finite game (transactional and episodic) while the sport of soccer can be an infinite game whose purpose is to build the sport, a global following and a worldwide movement so the sport continues indefinitely.

Anytime we set up a system to succeed at the expense of others we are creating a finite game, designed for winning, whether it is a business, a new law or regulation, a school or even governments if they are created to “win” rather than continuing the play. Needless to say, there are vastly greater number of finite games we have created as a society than infinite games, which may be a hint as to why so many of our systems are dysfunctional or in some stage of collapse. Finite games aren’t designed to continue; they are transactional like a soccer match, and designed to win the episodic event – the battle not the war.

In my language, this tipping point from playing finite games to infinite games will occur when the consensus attitude shifts to a collective stand where the well-being of everyone takes precedent over the desires of any special interest, be that any individual or group of individuals. Finite games exclude others.

There is a danger when nation-states take on finite game characteristics such as “Make America Great Again,” Brexit (or “Make Britain Great Again”), the resurgent Russian nationalism and other regressions to “me first.” Resorting to these backward steps has been fueled by large numbers of people who feel left out of the large scale changes that have swept over our world in recent years and the politicians who have tapped into that frustration and used it to their advantage.

Making everyone’s needs a priority will be a very new concept for the human family. We are so used to making sure we succeed before being concerned about anyone else. It is hard to reconcile that we are all in the same boat; that my well-being is tied into yours. It is hard because our capitalist cultures are based on individualism. Once I am successful, I might choose to “give back to the community” (as the expression goes). The idea of thinking about what is best for all from the very start is radical for some of us. Hence the backlash that made the headlines at elections around the world last year.

I argue that this “best for all” attitude is the more mature one, consistent with the great growing up we face as a species. “Me first” is an adolescent idea. What’s best for all is a more adult way of looking at things. And, frankly, the best for our collective survival.

More than any other time in history we now need to think of everyone, all of us, and “continuing the play.” The global commons are in jeopardy and we all need them to survive. The air, the oceans, the rainforests, the coral reefs – these are essential to all life, including all human beings. This is not the time to think of our special interests. We are at a point in history where we all make it or we all don’t.

Little Did I Know: Now Trump is Revisiting the Same Philosophy

Would You Hire a Three-Year-Old Life Coach?
Scroll to top