Blog
You are here: Home / Blog / Featured / Leading Consciously When It Counts 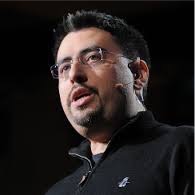 The other day, I was having a Skype conversation about consciousness with my friend Bill Liao, a global social entrepreneur. The subject of consciousness is no stranger to either of us and, in fact, is what brought us together when we first met at a futures conference in Amsterdam in 2006.

We were discussing how we define anyone as ‘conscious’ when most of us spend some time in less than conscious indulgences or distractions. In fact it may be accurate to say that everyone who is engaged in the material world spends “some time” or engages in “some” act unconsciously on occasion. For my purpose here, I’m defining acting consciously as behavior that supports a human presence on Earth that is environmentally sustainable, socially just and spiritually fulfilling.

When there was something really important and meaningful to be decided, when there was a matter that could impact the world positively or negatively, what stand did they take? Did they lean into the “new consciousness,” or did they fall back from it and go along with the traditional, conventional, business-as-usual, “nothing changes” way of doing things?

We all see examples of leaders we admire who fall back when it is time to lean in. The falling back is largely due to fear on some level – fear of losing face, fear of offending colleagues, fear of going against party lines, or fear of some real or imagined risk. The leaning in takes self-knowledge, self-confidence and courage – fueled by the conviction that they are doing the right thing at a time when it really matters.

How do we prevent falling back in our own work, in our own lives? As Bill suggested: “The next time you are faced with something that really matters, when you are confronting the challenge, what if you were to pause and ask yourself ‘am I leaning into consciousness?’ What if I took a look to see if I was leaning in or if I was finding myself leaning back unable to stay in the tough questions.” These are the moments that matter; these are those crucible moments when we have the opportunity to either walk the talk of consciousness or perpetuate the lie, the myth, and the talk without the walk.

These moments are brief, a choice made in a fraction of a second. Remember, the subconscious responds a million times faster than the conscious mind and the subconscious is most likely making the choice to fall back, the “safer” choice. Sit with the choice but don’t act on it until you have asked Bill’s question of yourself.

Martin Luther King, Jr writes, “That old law about ‘an eye for an eye’ leaves everybody blind. The time is always right to do the right thing.”

Reflecting the man’s great wisdom, insight and wit, Samuel Clemens, better known to most of us as Mark Twain, writes, “Do the right thing. It will gratify some people and astonish the rest.”

Does Collective Denial Lead to Mass Dissociation?
Scroll to top