Blog
You are here: Home / Blog / Featured / Making the Possibility Real: What Will Motivate Global Transformation?

The traditional motivators for individuals to change have been pain and pleasure, where the pain has become so unbearable one eagerly seeks relief or when the promise of pleasure is so attractive that one is willing to invest some of oneself into the process of fulfilling that promise. The desire for relief of pain is closer to a primal need, almost a survival mechanism, usually involving some urgency, while the desire for pleasure is less frantic and is more like treating oneself to a trip around the world. 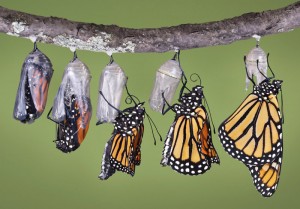 More people go through large psyche changes or personal transformations because they need to relieve their pain. Others, fewer in number, are attracted to make large changes in their lives attracted by the promise of pleasure. Either can provide motivation for significant transformations and sometimes both are involved.

The dynamics of large scale social transformations are more complex than with individuals but collective pain needs to be relieved from time to time. What about the promise for greater collective pleasure, the promise of a better country, a better world, or a better future for our children? Can this be a motivator on the collective level?

Many revolutions and elections of new leaders are fueled by the promise of things getting better, greater freedom and happiness, more jobs, and better lives. Remember “Yes we can!”?

What are the motivators for people to come together to transform the world? How do pain and pleasure show up at the level of global community?

The pain could be the collective recognition that all our social systems have become dysfunctional or even non-functional; that the life-support system on which we all depend – the “global commons” – is steadily losing its ability to support life as we know it; and the paradigm we have been relying on for centuries has come to the end of its usefulness. The underlying assumptions are flawed; it has become outmoded. It no longer serves the best interests of humankind. As Einstein warned us in the last century, “Everything has changed save our modes of thinking, and we thus drift towards unparalleled catastrophes.” Seeing this possibility can cause huge pain for anyone who is compassionate and awake.

The pleasure could be the growing collective recognition that there is a better way, a better paradigm on which to rely. This new paradigm has been described by sages and visionaries for centuries. It holds a promise for a future based on a worldview that we are all interconnected and there is more power in the collective will and commitment than there is in individual will and commitment. Together in commitment and action, we are far more powerful collectively than we are as individuals acting separately.

Some leaders have taken stands to be more conscious in the way they lead and have been in action for some time. I have mentioned more than thirty of them from various social sectors in my 2013 article on “Conscious Leadership.”

As the possibility of manifesting this new paradigm becomes more widely envisioned by ever-growing numbers of conscious leaders, the greater the need to muster the collective courage to stand for it becoming real. In my view, making this possibility real is the most important work we can take on. Are you with me?

Finding Spiritual Courage: Risking the Unfamiliar to Have the Future We Wa...

Systems Being: Going Beyond the Theory of Systems Thinking
Scroll to top