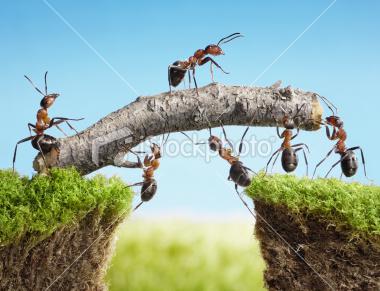 Essential to Transcending Our Immaturity

As many of my friends know, I am a big advocate of collaboration and believe that the only way we humans can transcend our immaturity as a species and grow up collectively is through collaboration. I do not mean by trivial cooperative acts like sharing knowledge with one another or being part of communities together but rather a more radical approach closer to true partnership.

The term “radical collaboration” occurred to me recently and I was surprised to learn that the first two definitions of the word “radical” were not what I expected. I thought the definition would be “extreme” which turns out to be the third ranked definition according to Merriam-Webster. Preferred definitions of “radical” include “proceeding from a root” or “relating to the origin” or “fundamental.”

I recently met a man who appears to be part of a true collaboration. His name is Michael Noble and he is the Executive Director of Fresh Energy, one of 150 organizations that have formed a network they have named “RE-AMP.” An active network of 144 nonprofits and several foundations across eight Midwestern states, the RE-AMP network is working in concert to reduce global warming and pollution in its eight-state region by 80% before 2050.

Member organizations  of RE-AMP elect a steering committee, which guides policy formation, fundraising, and evaluation of the system as a whole. All leadership and administration for RE-AMP is provided by employees of member organizations so there is no RE-AMP staff and, hence, any bureaucracy.

Another effort to generate more spontaneous collaboration is the Global Collaborators’ Alliance (GCA), a network of over 125 people from all over the world with diverse backgrounds, professions and locations who have two things in common:

1. they think in terms of large scale transformation and

2. they are committed to and in action making the world a better place.

Here is their website: http://www.futureshapers.ning.com. If you know of someone you would like to nominate to become a GCA Fellow, let me know.

Constructive comments on the topic of radical collaboration are most welcome.

Doublethinking Exposed: Another Side of Conscious Leadership

Crisis of Courage: Seduced by Mediocrity
Scroll to top