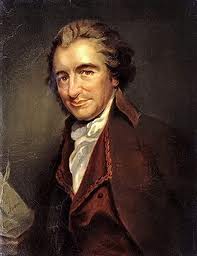 It is July 4th – a national holiday here in the U.S. Thoughts of Thomas Paine have floated to the forefront of my consciousness.  Anyone who has read my latest book – The Great Growing Up – knows I have a deep appreciation for this largely unrecognized founder of the United States. 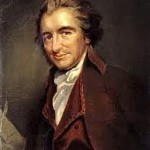 Paine’s 1776 bestselling pamphlet – Common Sense – laid the foundation for the American Revolution, resulting in many people considering him to be “the father of modern democracy.”  Then, as a war reporter for the Continental Army which was teetering on dissolution and thus losing the war, he wrote and published the first pamphlet of the American Crisis series. The first words of the first issue of Crisis have become quite famous: “These are the times that try men’s souls.”

The Crisis series rallied Americans in 1776 and 1777 to stand for liberty and support the cause of the colonists which resulted in militiamen who planned to return to their families changing their minds and staying on, for additional men joining the militiamen and fighting for what they believed in, and gaining additional support from the Continental Congress. All of these were crucial to America’s independence.

As John Adams has been reported to say, “Without the pen of the author of Common Sense, the sword of Washington would have been raised in vain.”

Writing this I have an insight – a realization that had not occurred to me previously.  I suppose one reason Paine is one of my heroes is that he rallied the colonists to stand for liberty, against oppression and tyranny. While he didn’t take up a musket, sword or cannon he did make a major contribution to the establishment of the first modern democracy.  This has been  what I consider my life’s work – to rally people to stand against oppression of a different kind, systemic oppression, and tyranny of a different type, and to stand for the awakening of consciousness. To stand for a human presence on this planet that is environmentally sustainable, socially just and spiritually fulfilling.

This reminds me of the old adage: “the pen is mightier than the sword” penned by English author Edward Bulwer-Lytton in 1839.

I close with two of my favorite Paine quotes:

The cause of America is in a great measure the cause of all mankind. (as I propose in The Great Growing Up)

We have it in our power to begin the world over again. (which is the basis for my work over the past thirty years)

Book to be published in China as an eBook Conscious Leadership: Is The Growing Popularity of the Phrase a Sign of Real...
Scroll to top