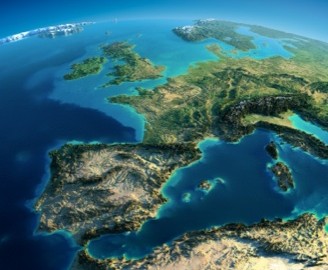 [This is a segment from the final chapter in my latest book – The Great Growing Up – entitled “Let It Begin With Me” which addresses the reader’s role in the unfolding of what I call the “Great Dream.”] 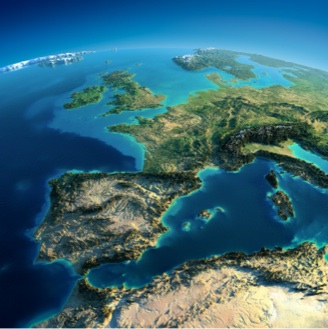 Everything I’ve written to this point can be viewed as interesting, informative and conceptual brain fodder for those ever-gluttonous minds of ours but ultimately all this has to be put to use. Otherwise, what’s the point?

What are you going to do with all this? Most of you will probably add this information to your inner libraries, catalogued under “interesting” or “maybe someday.” A few of you may feel moved to be more proactive. The choice is highly-personal.

Some people would rather be part of the advance team making the path, like pathfinders. Others prefer to wait until the way is paved, perhaps even landscaped. Some of us like to be the pathfinders in one area, say business, but are more passive in other areas of our lives, like sports. Different people have different appetites for initiation, risk, new territory and trying new things.

Most people in this world are observers who watch risk-takers, trend setters and pathfinders blaze new trails, whether it is in business, fashion, sports or entertainment. That’s why stadiums are built to accommodate tens of thousands of spectators while a few dozen people put on the show.

Whether to play or watch is a personal choice each one of us makes, probably several times a day. In the case of working toward a better world, a better future for everyone, it either grabs you or it doesn’t. If it still seems like folly to you, then there’s no sense getting involved. Your heart won’t be in it anyway.

If you are intrigued, or are left wondering, then I encourage you to satisfy those wonderings and look into whatever has struck a chord with you. But dig until you have resolution. Once you have resolution, you can choose: Either it is nonsense or it is possibility. You choose.

If you judge it all to be nonsensical, join the others who believe it is folly and are choosing not to get involved. Like I said, your heart won’t be in it anyway. But could you do me a favor? Please stop adding legitimacy to systems, institutions and people you aren’t happy with. Even if you aren’t going to be joining this movement, at least you can live with yourself without knowing you are giving away your personal power to the very things you oppose!

If you think there’s real possibility here, that we really have a shot of creating a better world and evolving ourselves consciously, then you have another choice: to play or watch. If you choose to play, pick a place to start. It might be in your office, neighborhood, school system, local politics, community action groups, social justice issues; get involved in shifting the consciousness about any system you select so it becomes either obsolete and is replaced with a better functioning one or it has major surgery so it functions much closer to what is wanted from it. Avoid the palliatives and consolations. Don’t compromise with superficial changes that won’t make any long-term difference. Insist on real change.

If you choose to watch, just tell the truth about it. Sports fans don’t play but they enjoy watching. They observe but don’t play. You can be a fan of those who are playing the game. Like sports fans, you can be a casual observer or even a fanatic. You can read about what is going on that could change the future. You can cheer on those who are writing books, teaching systems change, trying to bring about reforms in all kinds of arenas. They can use all the support they can get. And, you can stop giving your power away to dysfunctional systems.

If you choose to be on the team of people working toward manifesting the Great Dream, then there is some work to do beyond simply shifting your mindset. And beware, your ego mind will put up all sorts of objections and reasons why this isn’t going to work and why you’d be better off devoting your energies to other activities. One of the very popular paralyzing laments our minds like to offer is “where do I begin?” or “what can I do?” I say grow where you are planted. You are already more knowledgeable and skilled in those systems to which you belong and with which you are already familiar. If you feel called to bring about transformation, start where you are.

In the many years I’ve been at this work I constantly run into people who refuse to start doing anything until they know the “how,” the formula, the model, the technique.  I love the title of consultant Peter Block’s book: The Answer to How Is Yes. Stop spending valuable time wondering how and jump in with the rest of us, inventing as we go. Sign yourself up for bringing about the kind of changes you know needs to be made.

Whether you “opt in” and suit up for the Great Dream game or merely watch how it unfolds as a spectator, it helps to know the kind of stand you are taking, whether aggressively or more passively. If your stand is to become a leader and put yourself on the line, great! If your stand is to do nothing and hope others take the leadership roles, then that is good to know. Whatever it is, know your stand. This is where you begin.

Ending the Age of the Spectator

A Society Built on Love
Scroll to top