Blog
You are here: Home / Blog / Featured / The End of Othering

Science is showing us what philosophers and sages have been telling us for centuries – that we are not only connected, as in members of the same human family, but we are one. Oneness is not the same as interconnectivity, which still implies separateness. We are not separate although we live in a world that believes we are.

As I wrote in The Great Growing Up, the crumbling dualistic paradigm before us includes the false assumption that we are separate. There is me and mine, and you and yours. You are a separate object – the other. The illusion of separateness persists because another foundational piece of this outmoded paradigm is fear. Here’s part of what I wrote in Chapter Two, “Our Present Reality:”

When we live in fear we feel separate, alone and protective. We contract, pulling ourselves inside, and often isolate. When we are afraid, we are often not at our best as people. When we are afraid, we withhold ourselves from the rest of the world – we withhold ourselves from the world by isolating and withholding for ourselves through selfishness….. The separated self and fear complement one another. They are each invested in having the other in the picture.

We are learning that we are one and all of us are facets of the same greater purpose, that sometimes mysterious “power greater than oneself.” Widespread acceptance of this truth has not been fact coming. Even though we entered the quantum era in the late 19th Century/early 20th Century, quantum physics is something we are all learning, at different rates, and integrating into our collective understanding of our reality. There are still scientists resisting the paradox of two seemingly conflicting explanations of energy, because it challenges how we knew things in the past. And it has been five or six generations now! 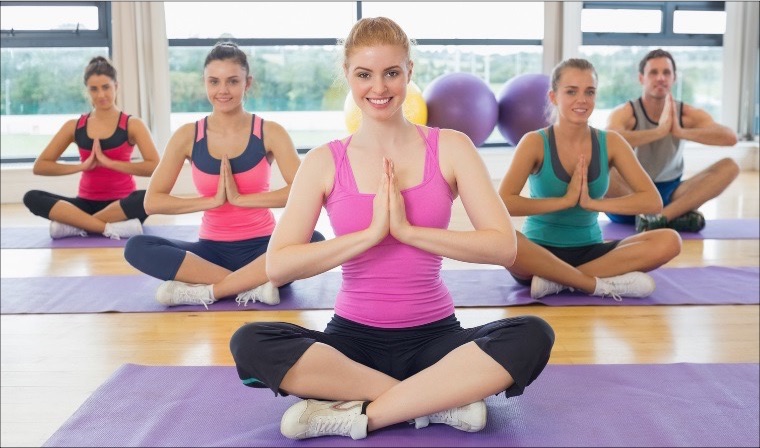 “Namaste” is a common salutation among Hindus of South Asia that is commonly practiced worldwide by Buddhists and many other spiritual practitioners.  The Hinduism translation is “I bow to the divine in you.” This reinforces the idea that we are all part of a larger whole – not separate bits or isolated creatures.

The ancient African philosophy of “Ubuntu” also describes a oneness attitude. One translation for this philosophy is “I am; because of you.” Liberian peace activist Leymah Gbowee defined it using slightly different words: “I am what I am because of who we all are.” Archbishop Desmond Tutu explained it as the Zulu maxim “umuntu ngumuntu ngabantu” or “a person is a person through (other) persons.”

Naturalist Boyd Varty talks about Ubuntu in his TED Talk (see video below).

Indigenous cultures have known the experience of oneness long before the physical sciences started coming into being in the 16th Century. The indigenous wisdom held many truths that failed to pass our fledgling scientific “tests” (many of which have since become outmoded) as colonization started taking place in the 1500s. In our arrogance, we called indigenous people “savages” and deemed their traditional practices to be voodoo or black magic, scoffing at what we are now realizing to be quite profound. Plants that heal and cure the ill. Shamanic acts that defy Western logic. Remote viewing which we ended up experimenting with ourselves during the Cold War years. Rather than being curious and inquisitive, we judged them harshly and, only now, are we learning how wise and effective many of their practices have been.

The future will see the end of “the other” as we gradually gain consensus that we are all one, united like the human body – with heart, lungs, brains, kidneys, arms, legs, hands and feet – all working together as one multicellular organism. All acting for the benefit of the entire body. Can you imagine how ridiculous it would be if the kidney started complaining that the heart was getting more than its share of the blood flow, or the nose got jealous of the eyes because they could see images? A healthy body is a functioning natural system where each part does its job for the wellbeing of the whole.

This is where the human species needs to be in its attitudes and philosophy about the future. Like the Three Musketeers I wrote about in this FUTUREtakes article, we need to adopt their motto – “One for All and All for One.”

It is time to end the “Era of the Other” and recognize we are all related, family in a very real sense. We are a “we.” Our survival depends on living and working as a collaborative team. There is no “they” where anyone in a different body is part of who we are. When we recognize that I exist because of you. When we recognize that the same God that lives in me lives in you. To disrespect you is to disrespect myself. And it is disrespectful of God.

Try this for just one day. Make a note of every time you refer to someone or any group of people as the other. This includes any references to “them” and “they” or “their” (as in ‘what will they think?’ or ‘what will they say?’). Notice how much “othering” you do in that day. Once you see this, notice how much that keeps you separate from other people. If you want to dive deeper, you might look for the fear that keeps you in this behavioral habit.

An Old Soul: An Exemplar for The Great Growing Up
Scroll to top