Blog
You are here: Home / Blog / Featured / Human Adulthood and The Great Growing Up

The point I was making when I wrote The Great Growing Up book was that the human species needs to stop acting like adolescents and grow up into full adulthood, being responsible for our collective future. In my more recent delving into non-dualism, Advaita and unity consciousness I have discovered a writer who has strong ideas about the dualistic universe most of us believe to be reality in contrast to this non-dual oneness. The name of this writer is Jed McKenna but this is a pseudonym. McKenna has written five books to date, containing stories of his interacting with people very much attached to the dualistic “dream state.” 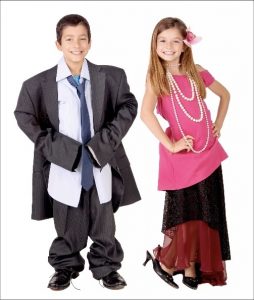 In one book* McKenna makes the case that “Most people stop growing at around the age of 10 or 12 and die in the nest they were born in. It would be easy to believe that many, if not most, of the woes of mankind, on both the individual and societal levels, stem from this state of arrested development. Yes, it’s as true of society as of the individuals who make up society.”

He calls this state “Human Childhood” whereas I call it adolescence in Growing Up. While he acknowledges it is a healthy state for children, he calls is a “hideous affliction” when it comes to adults. He calls this failure to grow up “the ego-bound state” and claims that the only way such an affliction can go undetected “is if everyone were equally afflicted, which is exactly the case.”

This affliction is what McKenna sees as causal for the dualistic reality, the “amusement park,” the “dream state” – the illusory separatist reality most of us agree is real.

In another book** McKenna describes the more positive state – adulthood:

Human Adulthood is the real prize for everyone everywhere. That’s what all spiritual seekers really want, not truth or enlightenment, and that’s what absolutely everyone should pursue at all costs.

The point I want to make is that Human Adulthood is what everyone really wants and not many people really have. The child has to die for the adult to be born and this very seldom happens. It’s a cataclysmic, death/rebirth event. Once born into this adulthood, all of life becomes about growth and discovery. The universe is the playground of the Human Adult … religion and spirituality are all about not going anywhere. Enlightenment is all about going and never stopping. Human Adulthood is all about wandering and exploring and playing. It’s about living life and fulfilling potential and expanding without limits. All the good things that can be said about enlightenment and religion and spirituality are the natural qualities of Human Adulthood; manifestation of desires, flow, and effortless functioning, positive emotions that are not fear based such as awe and gratitude and agape, which reflects an understanding of the connectedness of things.

McKenna compares the adult to the less mature adolescent like being the only sober person at a party of drunks. Given that the dualist “dream state” is similar to an amusement park where lucidity is in short supply and truth is irrelevant. McKenna adds:

What’s not irrelevant is shaking off our self-imposed puniness and expanding into our full and rightful potential; Human Adulthood. That’s where everything begins. Whether it’s getting there or going beyond, there is no other thing to do or way to go. Human Adulthood is the key to everything, and if you’re on the wrong side of it, nothing else matters. Human Adulthood is a thing you should pray for and fight for, the thing you should quit your job for, abandon your family and risk your life for.

As I mentioned early on in this piece, McKenna has rather strong ideas and doesn’t hold back on expressing himself.

I recently posted a blog on this subject on FutureShapers website: see “The Four States of Consciousness and Human Adulthood.”

I welcome response to this. Comments or questions or challenges.

**Jed McKenna’s Theory of Everything, by Jed McKenna, Wisefool Press, 2013

What We Want…Really?
Scroll to top