Blog
You are here: Home / Blog / Featured / Popping the Myth of Public Service 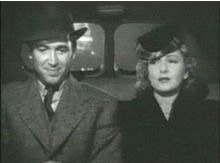 James Stewart and Jean Arthur in a scene
from “Mr. Smith Goes to Washington”

Those holding elected office frequently refer to being “in public service,” implying that their chosen careers are quite noble. I concur entirely that public service is a noble choice but so few elected politicians are really serving the public.

By all appearances, U.S. politicians subordinate the public good to a couple of other priorities. Their first priority is to assure their reelection. This is where the wheels go off the track; getting reelected requires so much work that politicians in both parties are required to spend at least half their time doing fundraising while they are in Washington!  According to the Huffington Post:

The amount of time that members of Congress in both parties spend fundraising is widely known to take up an obscene portion of a typical day — whether it’s “call time” spent on the phone with potential donors, or in person at fundraisers in Washington or back home.

The second priority of any elected member of the U.S. Congress or Senate is to support their party, be it Democrat or Republican. Party loyalty is a given for any legislator who wants to remain in office more than one term.

Then and only then is the voter – the public they were elected to serve — assigned any sort of priority at all. This seems to me like a 180 degree departure from their proper starting point – serving the public who elected them.

The term “public service” is defined as serving the public welfare – the public well-being. This means everybody’s well-being, not simply the desires or demands of big contributors or lobbyists. Needless to say, after fundraising, party work and meeting with lobbyists, there remains little time for “we the people” for whom they are supposedly working.

In 2013, I guest-blogged an article through the Global Dialogue Center entitled “Mister Smith is Dead: They Don’t Go to Washington to Serve Anymore.” In it I mentioned an interview* of journalist Mark Leibovich:

*There’s a link to the entire Leibovich interview in the Global Dialogue Center article. 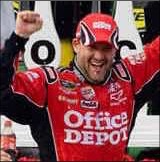 In 2009, also through the Global Dialogue Center, I published another blog/article suggesting that members of Congress wear logos on their jackets like NASCAR drivers to acknowledge who is sponsoring them, where their loyalties lie, who they are beholding to.

Two more things I’ve observed about our politicians. One, they work for us. That’s right – we pay them to manage their own compensation, to tax us for the privilege and to tell us how they are doing. Two, they take an oath to do this, then blame “disembodied mystical forces”**, better known to most of us as the economy or politics, for getting in the way of making good on their promises.

I suggest that we stop accepting the term “public service“ as a noble idea, especially from elected officials since the integrity of the phrase has been seriously compromised by the actions of past and present legislative office holders.  It is one of many myths I mention in The Great Growing Up that if repeated frequently enough it is often seen as truth. As Adolf Hitler’s propaganda minister Joseph Goebbels once said, “If you tell a lie big enough and keep repeating it, people will eventually come to believe it.”

**This phrase is accredited to Charley Reese, who penned this 1984 column in the Orlando Sentinel.

Responsibility: What’s It Mean? And to Whom?

Misdirection: A Key Tool for Magicians and the Negative Ego
Scroll to top